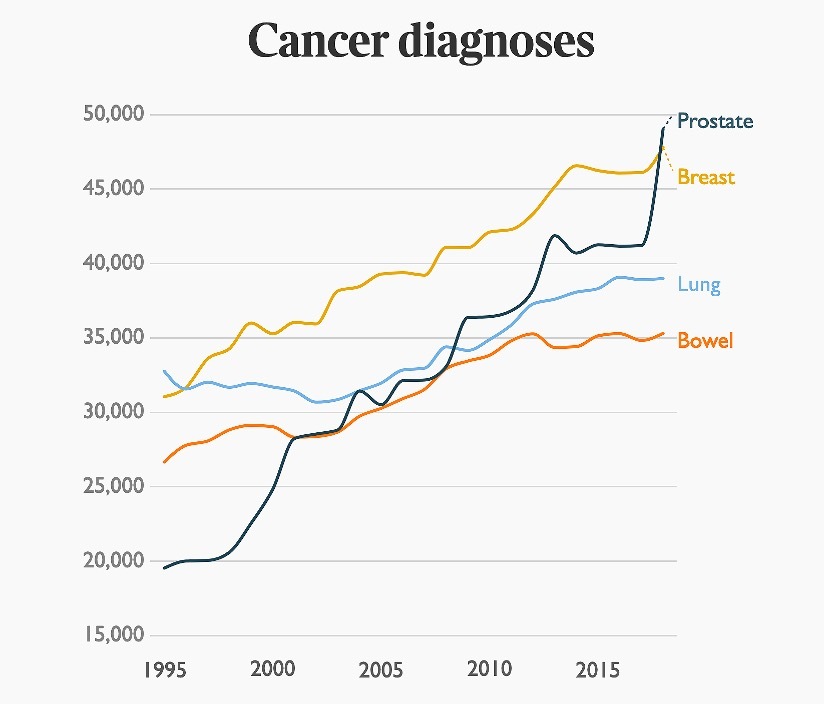 The importance of celebrities in increasing the awareness of prostate cancer 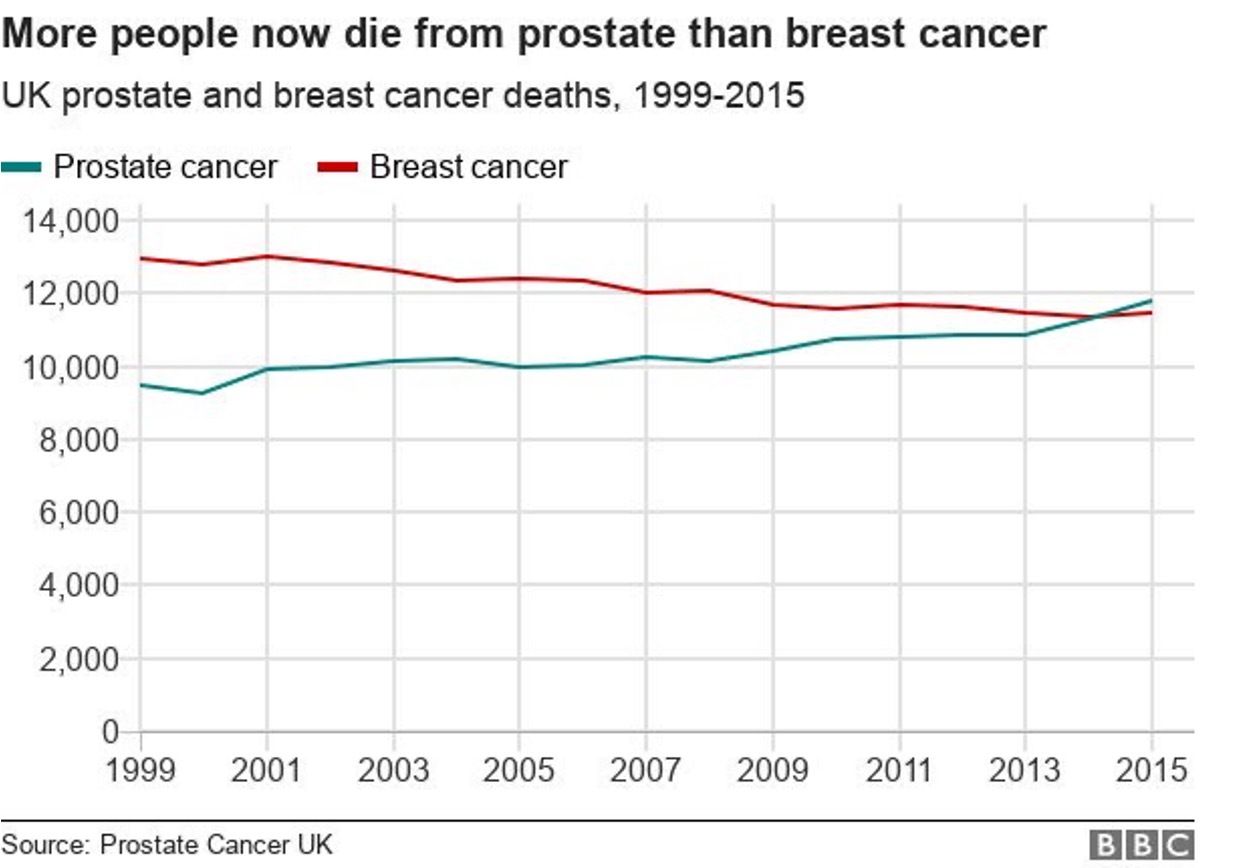 The press regularly reports that PSA is too inaccurate for use as a screening tool, despite contrary evidence from the 182,000 patient European Randomised study of Screening for Prostate Cancer (ERSPC) https://pubmed.ncbi.nlm.nih.gov/30824296 which showed an increasing survival benefit in men who had been screened with PSA and had a prostate biopsy if their PSA was greater than 3.0 ng/ml.

The ERSPC study represents the largest and scientifically most robust study of prostate cancer screening with PSA, but the impact of its findings has been significantly diluted by smaller and less well-conducted studies such as the PLCO https://www.nejm.org/doi/10.1056/NEJMc1515131 and CAP https://jamanetwork.com/journals/jama/fullarticle/2673968 studies, which reached the opposite conclusion. Cynics might also cite the potential cost of screening for prostate cancer as the main reason for the UK’s National Screening Committee regularly ignoring the findings of the ERSPC study. 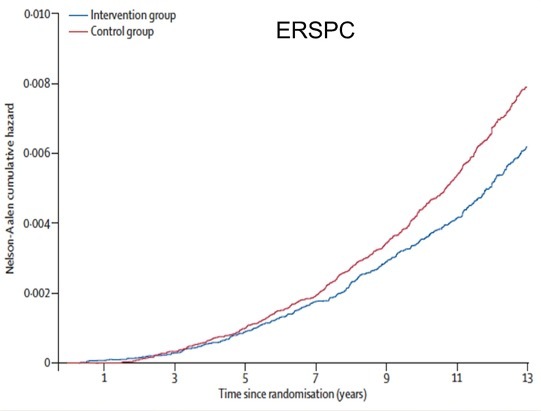 In the absence of a screening program, the UK has adopted a Prostate Cancer Risk Management Program https://www.gov.uk/guidance/prostate-cancer-risk-management-programme-overview which allows appropriately-counselled asymptomatic men aged 50 and over to request and receive a PSA test from their GP. The aim of the counselling is to point out that over-diagnosis of prostate cancer might lead to over-treatment, but there seems to be no counterbalancing concern about under-diagnosis of prostate cancer leading to the 12,000 deaths seen each year in the UK alone, or acknowledgement that over-treatment of slowly-growing (Gleason 6) prostate cancers has been addressed by the adoption of active surveillance rather than treatment for many years now https://www.nhs.uk/ipgmedia/National/Prostate%20Cancer%20UK/assets/Activesurveillance(PCC).pdf.

Prostate cancer is not seen as a hot topic for discussion in the media, probably because the prostate is located below the belt-line and is therefore seen as being a bit embarrassing, and this is further compounded by most mens’ preference to stick their head in the sand rather than ask their GP for a blood test. The reality though, is that prostate cancer is a hugely important disease numerically (1 in 8 men will get it) and is one that usually has a period of many years during which it can be diagnosed and, if necessary, treated.

Media coverage of men with prostate cancer has a profound effect on spurring men into action, as can be seen in the graph below, and this has this has been called the Fry-Turnbull effect https://www.ndrs.nhs.uk/examining-the-fry-and-turnbull-effect-on-prostate-cancer-incidence-in-england/, recognising the contributions made by Stephen Fry and Bill Turnbull in publicising the need for men over the age of 50 years to have their PSA checked, especially if they have a family history of prostate cancer or they are black, as both are significant risk factors.

More recently, Kenny Logan has discussed his diagnosis and treatment of prostate cancer in the press https://www.dailymail.co.uk/news/article-11184437/Gabby-Logans-Rugby-star-husband-Kenny-reveals-shock-prostate-cancer-diagnosis-issues-warning.html, and this also is likely to lead to another surge in numbers of men requesting a PSA test, being diagnosed with prostate cancer and hopefully having a better outlook because of earlier diagnosis.

It’s a shame that newspaper and magazine articles are necessary to drive men (often after they have been pestered to do so by their wives, girlfriends, or daughters) to ask for a PSA blood test, but without a screening program there is no other way of picking up early prostate cancer and credit needs to be given to these celebrities for coming forward and publicising this.