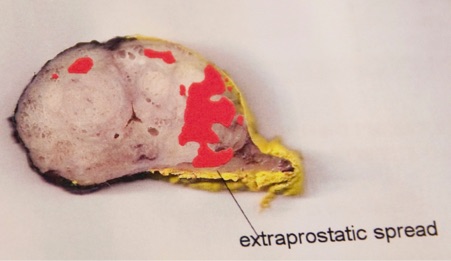 During the past year, I and the other surgeons at Santis have been increasingly using real-time, frozen-section analysis of the prostate during surgery to allow us to maximise nerve preservation without compromising on cancer control (i.e. removing the cancer). This is part of our drive to deliver better cancer and functional outcomes for patients than have been possible in the past, and we are naturally keen to explain why we think it is an excellent development for patients.

Why is NeuroSAFE useful?

To answer this question, let’s take a step back and consider nerve preservation for a moment. For most men, nerve-sparing is a key step during robotic radical prostatectomy and involves the preservation of the delicate nerves at the back of the prostate that control potency (erections). It is a technically demanding part of the operation and one where greater surgical experience has been shown to produce better results. Given the experience of the surgeons at Santis, it’s something that we are able to comfortably offer to the great majority of our patients.

However, in men with larger and/or more aggressive tumours that threaten the nerves around the prostate, the surgeon must make a choice during the operation between better cancer control (by removing the nerves) or better erections (saving the nerves but leaving open the possibility that cancer has in fact spread to them, causing problems later on. These are the edge cases: where the surgeon might suspect that the nerves have to be removed and where he removes them to be on the safe side in the interests of better cancer control.

In non-NeuroSAFE operations, the patient and surgeon must wait for the prostate to be sent to the pathology lab where it is dissected and analysed to produce the final pathology report on the severity of the cancer. This takes several days to be produced, meaning there is a considerable time lag between a surgeon’s reading of the prostate cancer and the scientific conclusion from the pathology lab. In this scenario, there can be no real-time interpretation of the tumour in the patient’s prostate.

The key question here is: are there cases in which we could spare the nerves if we knew decisively during the operation that the cancer had not spread outside the prostate? This is where NeuroSAFE comes in.

NeuroSAFE stands for Neurovascular Structure Adjacent Frozen Section Examination. It is a technique that was first described by the Martini Klinik in Germany in 2014 that involves analysing the margins (edges) of a prostate immediately after it has been removed from a patient to see whether cancer cells have reached the cut edge of the specimen. The prostate is passed immediately to the Pathologist where it is frozen using a cryostat, cut into slices, stained with special dyes and examined under the microscope. This analysis is done whilst the operation is still ongoing (the urethra has to be joined to the bladder after prostate removal and in some patients the pelvic lymph nodes have also to be sampled), so it has to be done rapidly – within 30 minutes of the prostate being removed from the body. The team processing the tissue needs to work quickly and efficiently together to get the report to the surgeon within this time frame.

What is a positive surgical margin (PSM) and why does it matter?

A positive surgical margin (PSM) is when cancer cells reach the cut edge of the specimen that has been removed. This is recognised by the Pathologist as cancer cells in contact with the ink that is used to paint the surface of the prostate before processing. In the example below (black ink for the left side and yellow ink for the right), negative, or clear, surgical margins were achieved all around the prostate.

A PSM is undesirable because it increases the risk of cancer recurrence – the size of this risk (typically 5-20%) depends on the grade or aggressiveness of the cancer at the positive margin.

How does NeuroSAFE benefit patients? 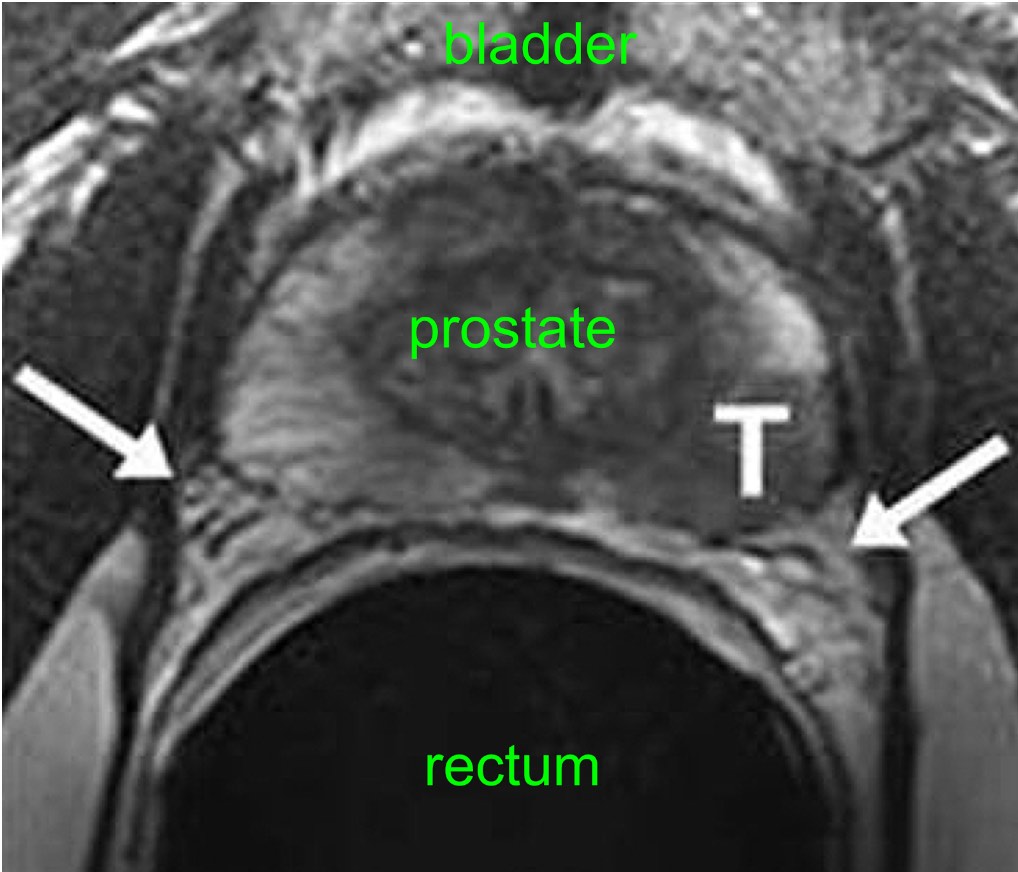 The 2 nerves of potency are identified by the 2 white arrows on this MRI scan. The left nerve lies very close to the tumour (‘T’). This is a common situation and one in which the NeuroSAFE technique would allow the surgeon to achieve both optimal cancer control and optimal functional results.

In conclusion, NeuroSAFE improves on the balance between cancer control and nerve preservation, helping more men attain better potency than they might otherwise.