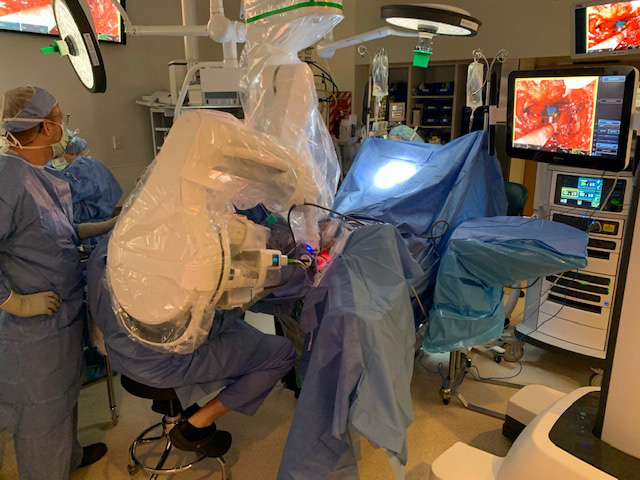 The da Vinci Single Port robot – faster recovery than before

Laparoscopic (keyhole) prostate cancer surgery has transformed the operation of radical prostatectomy from the traditional ‘open’ variation that was associated with a 20% complication rate, a 30% risk of blood transfusion and a prolonged recovery into an operation that was more precise, safer and quicker to recover from, thanks to the fewer incisions required in the patient’s abdomen. This improvement was achieved initially by laparoscopic surgery in the 1990s, in which the surgeon holds the instruments in his hands, and latterly by robot-assisted surgery in the 2010s, which has led to even better cancer control and post-operative bladder and sexual function. In fact, the complex Retzius-sparing technique pioneered in the UK by Santis is only possible thanks to the dexterity of the da Vinci robot, which has become the gold standard for robotic prostatectomy.

The next step in this evolution will be the da Vinci Single Port (SP) platform, which will allow robotic surgery to be done through a single small incision (or ‘port’) above the belly button, compared to the standard 6-port technique for robotic and 5-port method for laparoscopic radical prostatectomy.

The first 5 SP robotic units have already been delivered to selected high-volume hospitals in the US and in December 2018 I visited the hospital where the world’s largest number of cases using the SP system has been done: The Cleveland Clinic. I had a chance to discuss the advantages and disadvantages of the SP system and to watch cases being done with it by Director of Robotic Urology, Dr. Jihad Kaouk. Intuitive Surgical, which manufactures the da Vinci robot, aims to deliver SP systems to another 15 large US hospitals during the next few months and expects the system to pass the necessary European regulatory hurdles and be delivered to European hospitals in late 2019. The SP system can only work with the latest da Vinci Xi robot, such as the one that Santis uses at London Bridge Hospital and only differs from the Xi system in having a different patient cart (the part of the robot that stands over the patient). The other 2 main components – the console, where the surgeon sits to do the surgery and the tower, which houses the computer which drives the robot – remain unchanged. 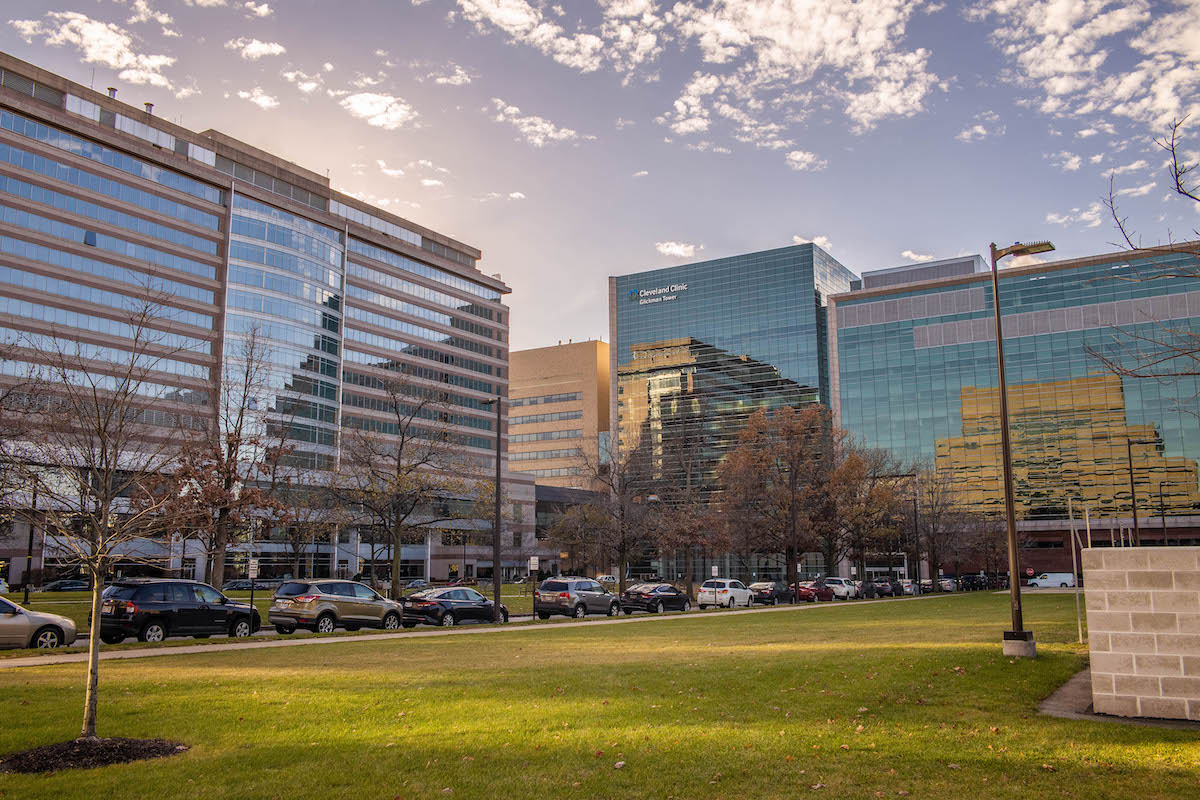 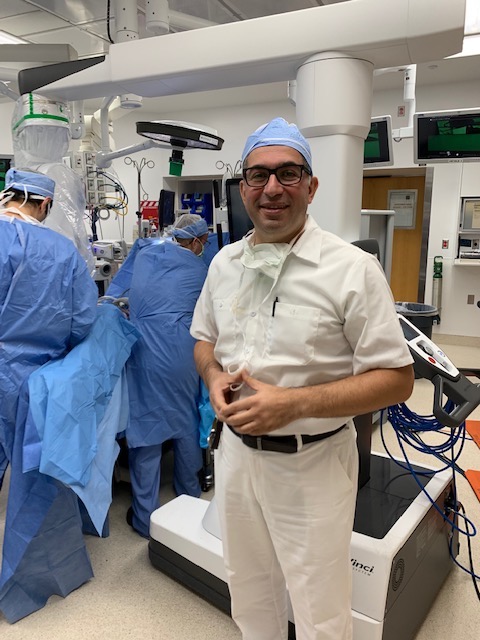 The main advantage of the SP robotic system is that it will further reduce post-operative patient discomfort and so accelerate recovery due to the fewer number of incisions required. In fact, just one incision is now required as just one single port (hence the name) – or column – is inserted into the patient’s abdomen. It works by having 4 arms that separate from the central 2.5 cm wide column when deployed, each of which is flexible and has two articulating joints. One arm carries the the telescopic camera from which the image is transmitted to the surgeon at the console, and the other three arms are surgical instruments which can be changed. As well as each arm being capable of a large range of movement, the whole column on which they are mounted can rotate, offering an unparalleled range of camera and instrument movement. You can view the da Vinci SP system in more detail, including with a video, here: https://www.intuitive.com/en/products-and-services/da-vinci/surgical-systems/sp. 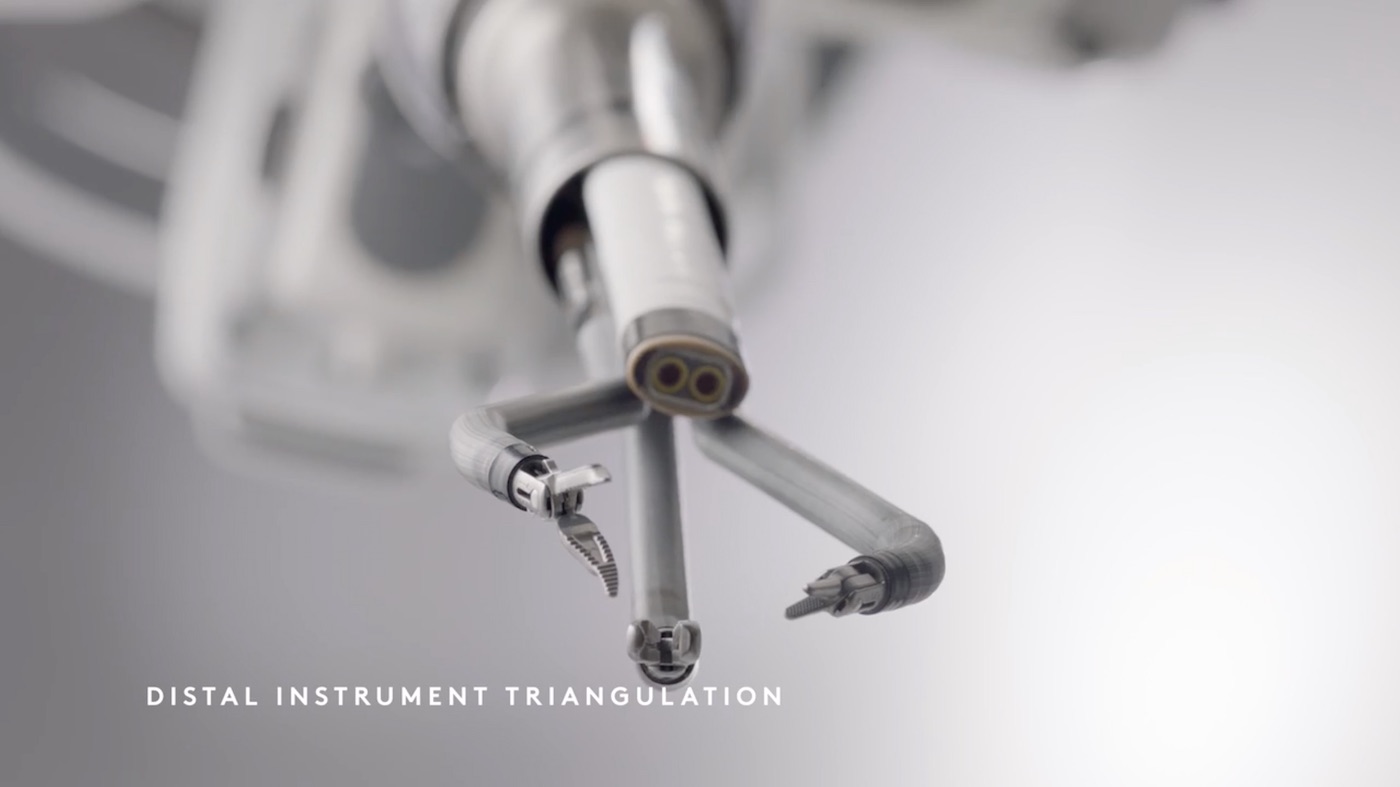 The robotic SP platform in use during a perineal prostatectomy 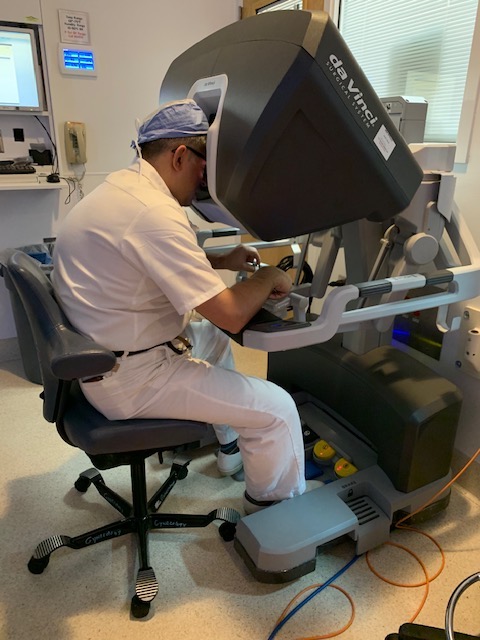 Dr Kaouk at the robotic console

What does the SP platform mean for Retzius-sparing robotic prostatectomy?

As previously mentioned, the ground-breaking Retzius-sparing technique is only made possible through the use of a robot. It is my opinion that for robotic prostatectomy:

is likely to represent the optimal combination of techniques to maximise both cancer, bladder and sexual outcomes following prostatectomy.

Our recent data in over 400 cases has shown that not only does Retzius-sparing robotic prostatectomy allow most (90%) men to undergo radical prostatectomy with no incontinence but there also seems to be a trend to significantly better potency (erections), without any detriment to cancer control, which is a significant improvement over the traditional robotic technique. We hope to be one of the first European Centres to use the SP robotic platform to the benefit of our patients in late 2019. 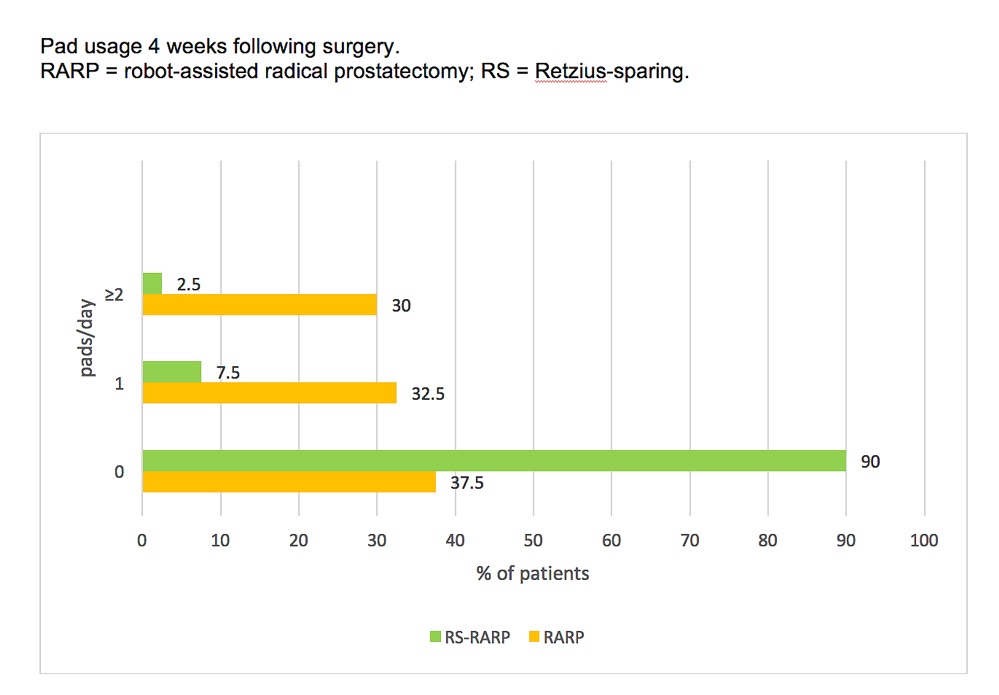